Registration for the ISTAC Leading Arbitrators’ Lecture: “Presentation of Evidence in International Arbitration – Witnesses and Expert Witnesses” is now open.

This one-day lecture is intended to be practical and involve the audience in a lively exchange of views. Paolo Michele PATOCCHI and Paolo MARZOLINI would have a brief initial presentation on the topic, followed by a discussion with the participants. The discussion should focus on practical cases or examples handed out a week before the event.

Registration and payment must be made online by filling the above form. 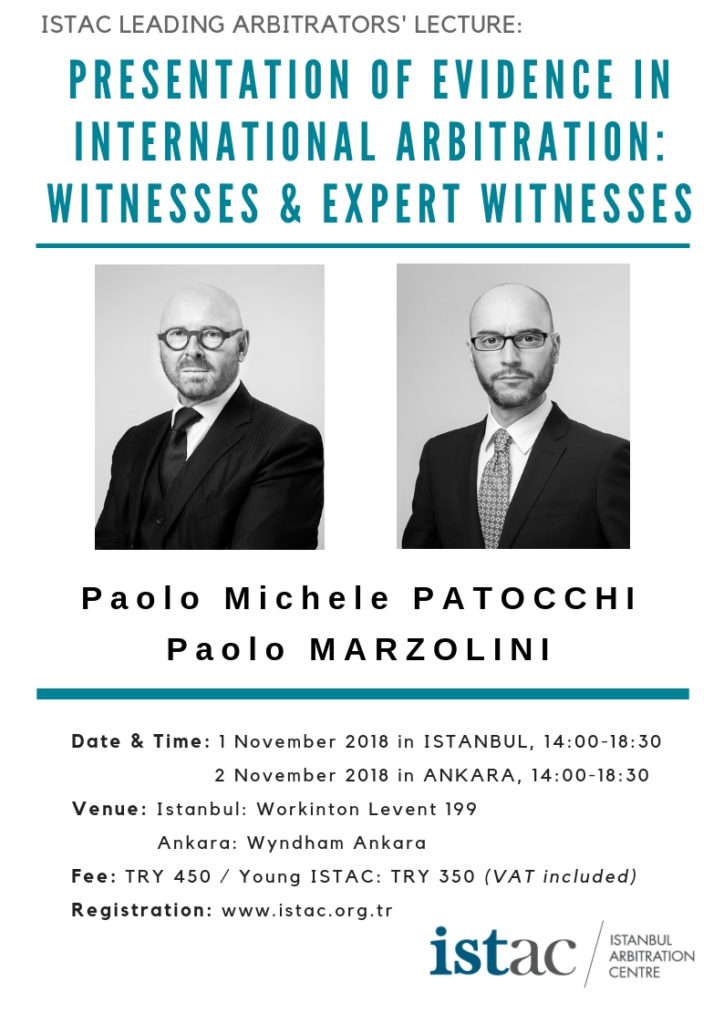